Gregory Richardson cares for his mother full time. Beatrice Richardson suffers from hydrocephalus and has required constant attention since sustaining a stroke about eight years ago.

He makes sure she is clean, safe and comfortable. He cooks, cleans, gives Beatrice her medication, takes her to the bathroom, brushes her teeth and much more. He estimates he works upwards of 12 hours each day but does not keep track of the time.

“I don’t count,” he said. “When you get to a certain point, it’s your mother…” His voice trails off.

His job does not end even after the two of them have gone to bed for the night because Beatrice has dementia and sometimes gets up and walks around in the middle of the night.

“I have to sleep like a little mouse,” Richardson said.

Three other caregivers share responsibility for Beatrice, taking her out, talking with her and relieving Richardson.

Richardson and his brother, Gerrence Richardson, used to care for their mother together, but Gerrence has been hospitalized for the past four months due to complications related to diabetes.

Richardson does not complain about the extensive time and effort his job requires.

He is a member of the SEIU-UHW. He believes strongly in the organization’s mission to educate caregivers about their labor rights and to help protect those rights. It also fights for a living wage for home care workers. Richardson receives $11.75 an hour.

“Without the union, home care would be dead,” he said. He tries to educate other home care workers about the union’s purpose and encourages them to register “to keep our union alive because it’s been under attack, and unions are always going to be under attack,” Richardson said.

Mary Ignatius of Parent Voices is among the lucky few who could turn to paid leave to care for their loved ones without putting their jobs in jeopardy.

Her son, Luka, was born with club feet and needed several weeks of intensive treatment.

“I don’t know what I would have done” without paid sick leave, which allowed her “to focus on being a parent and put my child first,” she said.

Many people in similar situations are forced to choose between keeping their jobs and being there for their families because the U.S. has no paid leave for working families, placing it in the ranks of third-world countries Lesotho, Papua New Guinea and Swaziland.

The nation is “in rare company and it’s not good rare,” U.S. Secretary of Labor Thomas Perez told an audience at a recent Department of Labor Regional Forum on Working Families in San Francisco, which aimed to address the challenges like those Richardson, Ignatius and countless others face. 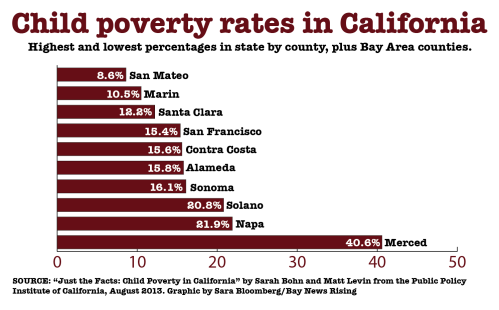 San Francisco is ahead of the curve when it comes to paid leave. In November 2006, city voters passed the San Francisco Paid Sick Leave Ordinance, making San Francisco the first city in the nation to guarantee its workers will get paid if they need to miss work because of health-related issues affecting themselves or family members. The ordinance covers illness, injury, medical conditions and health care appointments. Employees are allotted one hour of paid sick leave for every 30 hours worked, up to nine days if they work for a company with at least 10 employees or five days at a company with less than 10.

Perez advocated for raising the federal minimum wage to $10.10 per hour, “making sure we reward hard work with a decent wage,” he said. The national minimum wage “has lost 20 percent of its purchasing power since the 1980s.”

The secretary drew laughs from the packed house when he thanked “those liberal leaders like Mitt Romney, Tim Pawlenty and Rick Santorum” who have spoken out in favor of increasing the minimum wage in the past few weeks. Pelosi acknowledged this support but also pointed out that something is missing.

“There are Republicans out there who support” raising the federal minimum wage, but “they’re not in Congress,” she said.

Perez also called for public policies that are in line with reality.

“We’re not in Leave it to Beaver land anymore—things have changed … policy needs to evolve,” he said. He discussed people forced to choose between “the job I need and the family I love,” which he called “a false and unfair choice.”

The proposed hike in the minimum wage would be an improvement but falls short of meeting the needs of working families, said Rep. Jackie Speier, D-Calif.

“$10.10 is just the beginning of what we need to do to transform how we look at working families,” she said.

Lee, who has come under fire for allowing housing costs to soar, catering to business and giving tax breaks to wealthy tech companies, talked about trying to make San Francisco more affordable for low- and moderate-income families, focusing on housing. The minimum wage must keep “pace with rising consumer costs.”

Pelosi said the solution is threefold, including pay, and, specifically, a higher minimum wage and equal pay for equal work, paid sick leave, and affordable child care. Other ideas that emerged include:

Many small businesses support paid leave and other employee-friendly policies. James Freeman, the CEO of Blue Bottle Coffee, said his employees get up to 80 hours paid time off each year.

The Paid Sick Leave Ordinance is not the only measure San Francisco implemented to aid working families in the city. The San Francisco Working Families Credit Program offers local families with children a one-time bonus of up to $250 for filing taxes and claiming the Earned Income Tax Credit. Last year, 835 families received the Working Families Credit out of 1,231 who applied for it. Those 835 families got a combined $179,100.

On Jan. 1, the San Francisco Family Friendly Workplace Ordinance went into effect. It grants parents and caregivers the right to make special arrangements with their employers to facilitate their care of their dependents. It is the first ordinance of its kind in any U.S. city, though there is a similar statewide measure in Vermont.

One comment on “Little support for working families when crisis hits”