Andy Griffin of Watsonville is considered to be a “living farm legend” by those in the Bay Area produce scene for his pioneering work with organic agriculture. He’s known for having introduced many new crops and raising heirloom and specialty fruits and vegetables. 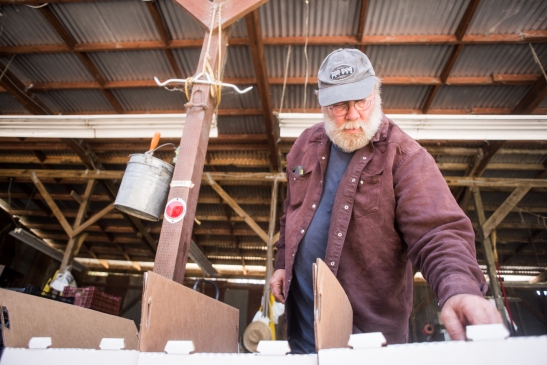 He’s been farming for more than 30 years, but until about five years ago, he and other Central Coast growers rarely needed to advertise for workers.

That’s when the first “help wanted” signs started to appear along the side of roads that divide the crops that blanket Santa Cruz County in all directions. Now, Griffin sees the signs everywhere —visible evidence of a worsening labor shortage in the heart of Northern California’s most productive agricultural zone.

While the cause of this scarcity has largely been attributed to harsher immigration policies and a growing Mexican economy, the farmers in Watsonville are facing a more immediate and local issue that has overshadowed all other factors — a skyrocketing housing market propelled largely by outside tech money.

“Oh, it’s the first thing people bring up when they talk about the labor shortage,” says Griffin. “They say it’s because of immigration policies, and there is truth to that. But here our biggest problem, our number one problem, is the rent.”

During the past six years, a growing labor shortage has left fields unpicked and orchards full of overripe fruit. As of 2016, fruit and vegetable production has dropped by almost 10 percent, in California, which supplies over a third of the vegetables and two-thirds of the fruits and nuts consumed in America. As Jesus told his disciples, “The harvest is plentiful but the workers are few.”

The majority of the state’s farm laborers are immigrants, many of them undocumented. A paper published by UC Davis estimates the number of undocumented farmworkers at just over 70 percent. While their legal status is questionable, their workload and impact are not.

Farms in the area have responded to the shortage by raising wages to an all-time high. Farmworkers are now making an average hourly rate of $13, according to the U.S. Bureau of Labor Statistics. That is almost a 50 percent increase since 1996. Smaller specialty farms such as Mariquita, and ones that grow labor-intensive crops such as berries, are offering even more. Along with a bill that California lawmakers passed in 2016 to bring farm wages into line with overtime regulations, this means that farmworkers are set to earn more than ever before. 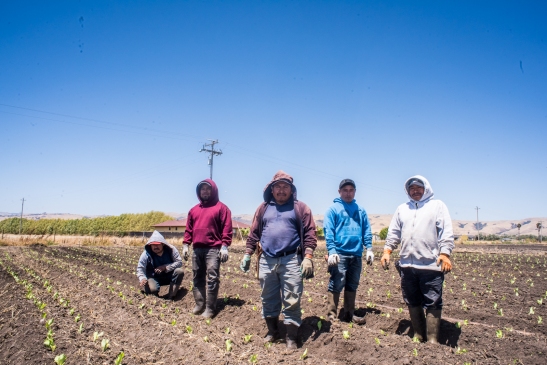 But farmhands still have a long way to go if they want to go toe to toe with Santa Cruz County’s beast of a housing market.

The county’s Planning Commission published a 200-page report two years ago, labeling the housing situation a “crisis.” The study found that one of the key concerns was the lack of “home diversity” and found that 70 percent of all the homes in the county were geared toward single-family dwellings on moderate- to larger-sized lots. Simply put, the Santa Cruz housing market is creating more large upscale homes and not enough affordable housing. The report cites the county’s proximity to high-income markets as causing a “vacation home factor.”

The Santa Cruz Sentinel recently published a letter to the editor proposing a mandatory one-year residency as a prerequisite to purchasing property, with the hope that “having the experience of grappling with the local rental market will give those folks a little bit more compassion and empathy.”

County Supervisor Zach Friend, who represents a portion of Watsonville, is aware of the effect tech money has on his constituents. “The median home price has gone over $800k. Our children and grandchildren are often being raised here, developing connections here and then leaving as adults because they can’t afford to raise their own families here. Many homes are being purchased as second homes either as vacation rentals or just second homes, especially by residents of Silicon Valley. All of which have an impact on the housing market and costs.”

According to Griffin the sunny days and temperate weather that makes Watsonville ideal for strawberries also attracts wealthy urbanites who want their piece of the countryside. “We are in a strange situation where those of us farming in and around the Bay Area are competing for housing with people in tech, and they have a lot more money.”

The Planning Commission’s report also stated that the vacancy rate in the county was far too low and forecast that by today the rate would be less than half of the recommended 5 percent. Healthy vacancy rates are necessary for community mobility, which means that when the rate is too low, residents have a difficult time finding appropriate housing. Thus the competition and price for what is available begins to climb.

It appears that affordable housing is now out of season for farming communities like Watsonville.

According to public property data, the average rent for a one-bedroom apartment in Watsonville as of June 2017 is $2,160, or nearly $26,000 a year.  To pay for that, a renter should be earning at least $70,000 a year, according to the according to the California Department of Housing and Community Development, which recommends that rent should not exceed 30 percent of a household’s monthly income. But the average farmworker is expected to earn about $28,000 a year, putting that one-bedroom apartment far out of reach. 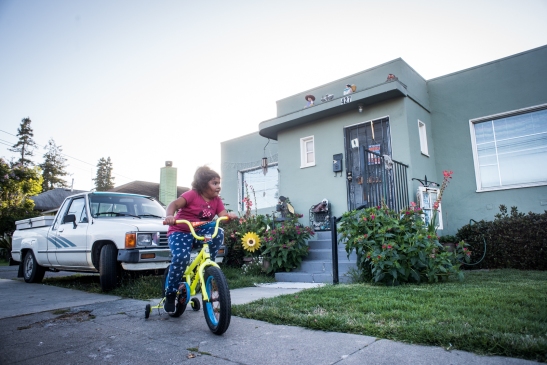 Parking is so tight on Center Street in Watsonville that residents often resort to parking on their lawns. Photo by Gabriela Reni/ Bay News Rising

Given that, the county is now seeing a rise in unit overcrowding and overpayment, both of which decrease the quality of life and restrict overall mobility.

Nineteen years ago, Griffin founded Mariquita Farm, located a few miles north of Watsonville. He asserts that in order to work on a farm in Watsonville, you must live in Watsonville. “The commute is hard, and truth is not a lot of farmworkers have a car or driver’s license.”

Farmers like Griffin have become problem solvers. As the founder and head of Mariquita Farms, Griffin has now taken on a new role — benefactor. In the past five years, every one of his farmhands has had to pack up and find a new home due to the tough rental climate. Many of his employees turned to him for financial help to relocate, primarily with the cost of the security deposit and first and last month’s rent.

With resignation, Griffin notes that the cost of helping has increased with the housing market. “I’m the person they turn to for a loan. The last one I gave to help a family was over $8,000. You know of any farmworkers that have that kind of cash in their pocket?” Earlier that same year, he helped another worker find a new home with $5,000.

In the past few years, the Board of Supervisors has responded to the housing crisis by reducing the fees and simplifying the process for those building “mixed used developments along transit corridors and affordable-by-design units.” More specific to farmworkers, the board has adopted state regulations that allow farm housing to be built as “agricultural use,” allowing housing to be built directly on parcels zoned for farming.  But the impact of these new regulations is yet to be felt.

For the farmworkers, these complex issues mean no relief is in sight for the housing crisis.  For the farmers, this means the labor drought is sure to persist.