Defendants in immigration court without an attorney are five times more likely to be deported. But legal representation is often not available. In the ‘zero tolerance’ era a good lawyer … Continue reading →

The killing of Oscar Grant forced changes on BART’s police force, but many in the community say the killings of other men of color show the agency is still flawed … Continue reading →

Mental health services out of reach for many

First, the voices would come at night. Then he sometimes would hear them during the daytime as well, but at some point, the hour — morning, evening, afternoon — ceased … Continue reading →

The busking life: An inside look at BART’s impromptu performers.

They strum, hum and literally bend over backwards to entertain passengers and passersby in BART stations and on trains. For buskers, hurtling trains are a stage; preoccupied commuters an audience. … Continue reading →

YIMBY activists gather in Oakland to say “Yes” to housing

By Garrett Bergthold, Bay News Rising staff reporter – With roots in San Francisco – land of the highest rents in the United States) – the YIMBY phenomena is growing and it’s growing fast. From 2016’s New York Times column on local activist Sonja Trauss to the Atlantic’s June article From ‘Not in My Backyard’ to “Yes in My Backyard’, YIMBY is becoming a national sensation.

These workers say they can’t live on “living wage”

The apartment in South of Market was filthy and full of cockroaches, but Marlyn Tuliao came in anyway. Being a caregiver, she doesn’t choose where to work, but this time … Continue reading →

By Victor Tence, Bay News Rising Staff Reporter Andy Griffin of Watsonville is considered to be a “living farm legend” by those in the Bay Area produce scene for his pioneering work with organic agriculture. He’s known … Continue reading → 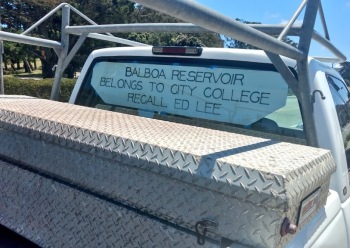 By Garrett Bergthold, Bay News Rising staff reporter – The city-owned 17-acre Balboa Reservoir is slated to add 680 to 1,245 housing units to the Ingleside neighborhood. Calling the project controversial belies the complexity of a three-sided fight as developers, housing advocates and angry neighbors strive to define its future.